Where Do I Start On Guitar? The 2 Essential Aspects 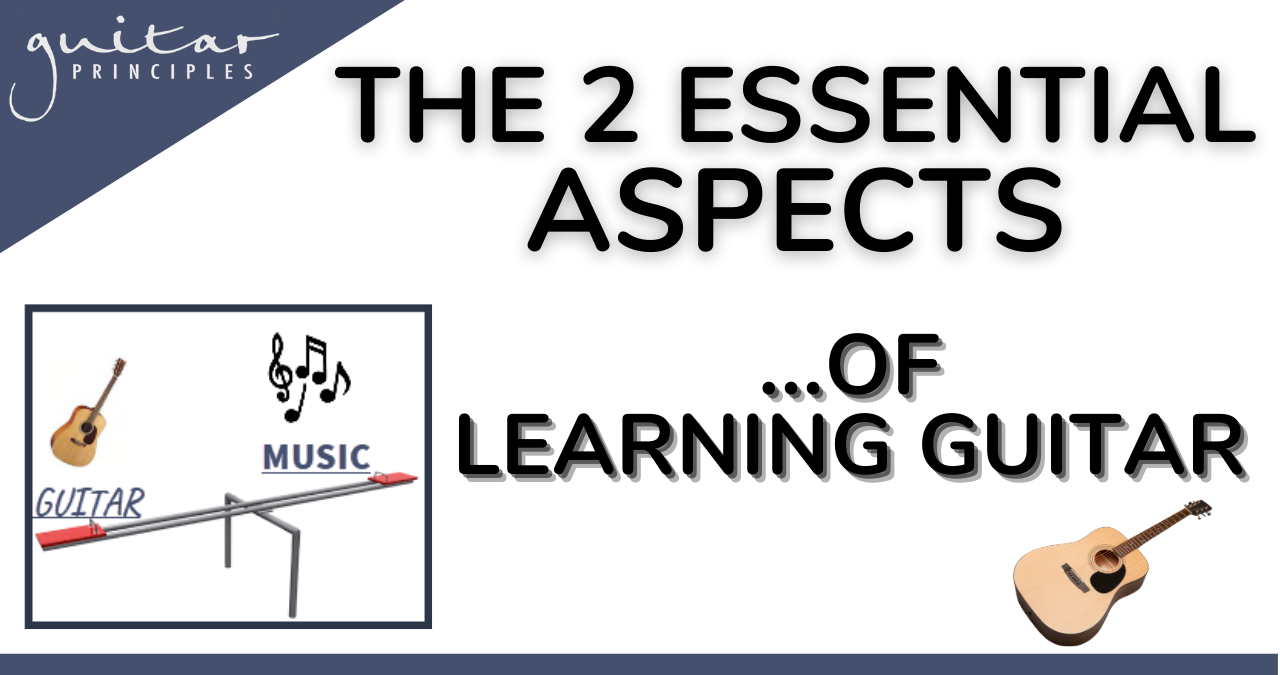 Posted in  The Informed Guitar Student by Jamie Andreas,
Share0

The PHYSICAL & The MUSICAL

Understanding the 2 Aspects of Learning Guitar

Q: I am 58 old and I am wanting to learn to play the guitar. I do not know where to start﻿!

I can buy all the guitar courses I want but I do not understand the guitar. I am a retired lineman for the power company and I have done a lot of trouble shooting to find out why the electricity went out and find out what I need to do to repair it.

In life threatening situations I have understood what is needed to be taken care of first but I can not just jump in and play. I can read music but understanding notes and chords on the guitar leaves me scratching my head. Can you please tell how I can understand the guitar and what do I do first?

There is ONE very important thing you need to understand Chris. There are 2 aspects to learning guitar, and in the beginning, one is much more important than the other. The 2 aspects are:

If you do not have the physical part on guitar, you can never get to the musical part. Think of baseball.....

You can know all the rules of baseball and understand the game completely. That will not make you a good baseball player. The most important things you must have to be a good baseball player are the ability to run, hit, and catch. These skills are more primary than the "understanding" the game. Any young kid is going to work on these skills first. Without these skills, you can "understand" the game, but not be able to play it.

Understanding the notes on guitar will not make you a guitar player, unless you have the physical part down first. Unless you can play notes easily with all fingers, change chords easily, strum and pick correctly, you are not even going to get in the game.

The 4 Levels To Guitar Success

Pulling Up The Slack

The 2 Kinds Of Guitar Growth You MUST Have On Guitar

How To Make A Guitar Practice Schedule – The 4 Vital Areas

Why You Struggle To Learn Guitar

Is Guitar Easy To Learn Or Do I Need Natural Talent?

How Long To Learn Each Style Of Guitar?

The Most Powerful Guitar Practice Tool

Guitar For The Older Beginner – Am I Too Old?

Jamie Andreas has one goal: to make sure that everyone who wants to learn guitar is successful. After her first 25 years of teaching, she wrote the world acclaimed method for guitar "The Principles of Correct Practice For Guitar". She put everything into this method that was essential for success on guitar. Called "The Holy Grail" of guitar books, the Principles has enabled thousands of students who tried and failed to play guitar for years or even decades, to become real guitar players. In 2012 Jamie was profiled in "Guitar Zero" (Penguin Press 2012), a study of how adults learn to play guitar. Jamie was interviewed along with some of the worlds leading guitarist/teachers, including jazz legend Pat Martino and Tom Morello ("Rage Against The Machine").