The longer I teach, the more I am impressed with one unassailable fact: most of what becoming good or great on the guitar is about has nothing to do with "musical ability". It has everything to do with that group of qualities loosely spoken of as "character".

As time went by, I remember going over to Scott's house often and playing guitar with him, and hanging out and practicing and playing at his house. After awhile, it became clear that I was surpassing Scott in my classical playing. His mother was a very astute and intelligent person, and would always listen to me play. I remember that she used to remark about a difference she noticed between my relationship and approach to guitar and that of her son Scott.

She noticed that I applied myself with an intensity that Scott never exhibited. For instance, she noticed that I would work relentlessly on the same piece, the same passages, the same problems, always striving to reach a higher level of perfection with what I was playing. For whatever reason, Scott just did not do this. (Actually, all reasons come down to one thing: I needed to do it that way, and Scott didn't. The entire "why" of it all would be another essay!)

Believe me, Scott had as much ability to play as I did, as much "natural talent" for music. It took him so far, and apparently, that was far enough for him.

If you want to become a computer programmer, a business person, own a restaurant, be a carpenter, be a musician, anything, you can study it, get experience, and become "functional". Most people that bother to develop something useful ( and most do, being forced as we are to "make a living") achieve this level.

But to become really good, to start to rise above, and noticeably so, the average person doing what you do, THAT takes a whole different kind of effort, and a whole lot more of it. Most people do not do this in their particular field. Most people really are, when it comes down to it, content with doing what they "must", and keeping their standards and goals low enough to avoid too much demand and discomfort. That is why the age old lament of all employers is "you just can't find good help anymore". Yes, because the #1 goal of most people is to DO as little as possible and GET as much as possible. That is the formula for mediocrity.

To put it simply, it is easy to be mediocre, that is why so many people are achieving it.

We are all climbing a mountain. In fact, we are climbing various mountains all the time. Becoming a guitar player is a mountain, and every piece of music you work on is its own mountain. It is easy to work on a solo, a song, or a piece, and get it "pretty good". You know, 80% of the notes are there, so hey, leave me alone, what do you want, ALL the notes! Come on, I would have to REALLY work hard on it to get that! To bring a piece of music from 80% to 90% is an incredibly demanding process. Climbing that mountain further and further is the essence of being an artist, no matter what your field of endeavor is.

Yes, that is the truth. It is easy to get 80% of the way up the mountain, any interested party can do that. Closing in on that last 20%, well, that separates the men from the boys, as they say. Here is the thing to understand: every step forward and upward required to move past the common crowd will most likely require as much as ALL the effort previously put out. The higher we climb, the more we must exert for every inch gained, but every inch is precious, and worth more than everything before it. The gap between 99% to 100% is, in fact, infinite.

Yes, the real polish, the real excellence, comes only to those deeply committed to it. I don't know why, I didn't make up the rules. However, I believe it has something to do with some natural "filtering out" process. As if Life were saying "only those acting from great desire, great need of the highest kind, need apply. Only those willing to prove themselves by using every ounce, and then more, of their strength, will achieve greatness".

This is why it is very common for me to have the kind of experience I just had with a student who is working with my two books, The Principles, and The Path. Jim is working on getting his first songs together, beginning to end, strumming, changing chords and singing, and doing it from memory. He was working on the song "Amazing Grace", and has dutifully practiced the chord changes according to my instructions, and was in the process of putting it all together. I told him I wanted the song memorized, and showed him how to go about it.

He came in the next week, and announced that he did some practice on it, but really spent most of the time on the new blues shuffle I had given him. Obviously, it was "spanking time", and I reached for the paddle!

I explained to him "yes, you have achieved the ability to play that song with a lot of hesitation and stumbling, and losing your place. Congratulations. You have climbed part way up the mountain, and that is good enough for you. You decided you would do what was easy, fun, and exciting, the new blues shuffle (exciting because it is new, left up to him, it would receive the same treatment, left half done and never "polished"). You decided to avoid the REAL work of bringing that song all the way to perfection, where you can grab that guitar, and sing and play that song from beginning to end."

Yes, Jim hung his head in shame, and admitted I was right, and resolved to do better!

What I was doing was preventing the swerving toward mediocrity that was already beginning to assert itself for this new student, by giving him the attitude that leads to good and great playing. Now, understand that this student is not intending on being a professional, and in fact is an adult with many responsibilities, and so gets little time to practice, sometimes only a few minutes a day. It doesn't matter. That is no excuse for letting months go by, and ending up with a bunch of butchered and dismembered "pieces" of music that are just that: nothing but pieces!.

Whatever level of player or student you are, you must always demand excellence from yourself. And that does NOT mean "do it to the best of your ability". Who knows what ability any of us have. It means "do what must be done to achieve the goal". And that implies you HAVE a goal, and that it is the correct goal. Ultimately, our goal should be to be able to say "as far as I can see, I have climbed".

Segovia, when asked how much he practiced said "as much as I need to". He meant "I work as hard as I have to in order to achieve my vision of what I know is possible".

The artist is constantly climbing, growing into our abilities, constantly surprised at what our striving brings out of us. There is always a new height coming into view, and we climb it because it is there. As time goes by, we occasionally look down at the view and are amazed at how high we have climbed. People below us may look up at us in amazement at the height we have achieved. They may applaud, and the sound of that applause can be like a siren song to some, who may decide to stop and listen, and forget to get up and move on.

A true artist (whether it is your first day playing or your 50th year) will soon lose interest in that, and turn their gaze upward once more, and begin moving once again toward their vision, to the height that remains out of sight for others, and can only be seen and achieved because of the height already attained.

Practice is Meditation, Playing Is Prayer

The Meaning Of Life

The Fundamentals of Fun

The Alone Place – The Best Place To Play Guitar! 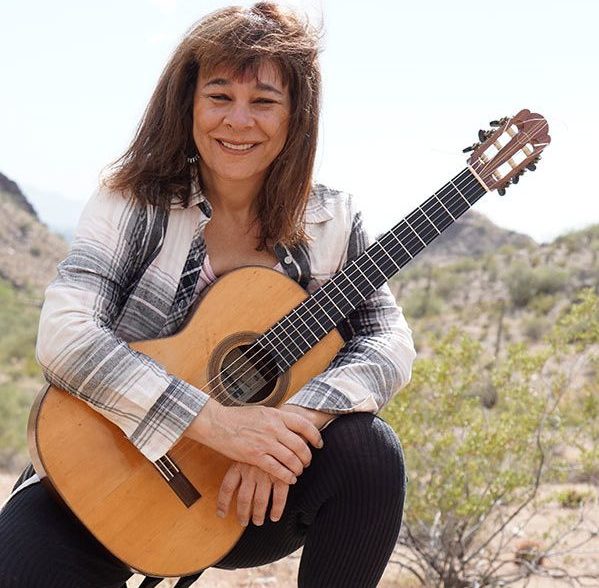